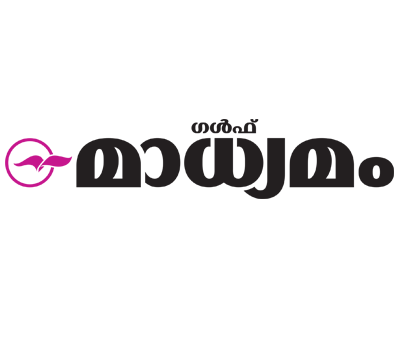 Gulf Madhyamam is the first Indian newspaper published from outside India in the regional language of Kerala -Malayalam. It started publication from Bahrain in 1999 under the permission of Ministry of Information and patronage of Mr. Nabeel Al Hamar, the Chairman and Chief Editor of `Al Ayam', the former Minister for Information and culture, Kingdom of Bahrain and now Media Advisor to H.M The King of Bahrain. The first issue of Gulf Madhyamam was released on 16th April 1999 in an auspicious occasion by the hands of H.E S.S. Gill, the former Ambassador of India to Bahrain. Now Gulf Madhyamam is in the forefront of newspapers and No. 1 in Middle East.

When the Iraq war took place, we were the first Indian newspaper to send a senior reporter of our own to Iraq to report on what actually went on there while most other newspapers were faithfully reproducing the reports by western agencies.

Since there is a huge Malayali population in the Gulf region, we started printing our newspaper from Bahrain 10 years ago. Now we have eight editions of Gulf Madhyamam from Manama, Doha, Dubai , Kuwait, Riyadh, Jeddah, Dammam. and Muscat. .

Gulf Madhyamam is a derivative of the highly reputed and popularly accepted Malayalam daily named MADHYAMAM. It is not accidental, but a positive accomplishment. The gone days have clearly proved that this venture and mission is in the right and straight path. Mr. V.K. Hamzah Abbas is the chief editor of Gulf Madhyamam, publishing from Arbian Peninsula. The innovative idea by Gulf Madhyamam made a paradigm shift in the reading habit of Keralites in the Middle East by serving the newspaper at their door steps early morning the same day instead of waiting for 48 and more hours to get it from their home land.

Comparing with the age and life history of other newspapers of Kerala, especially those celebrated centenary plus, it is underscored that the predecessor of Gulf Madhyamam, THE MADHYAMAM DAILY has achieved a high flight, in its childhood itself by launching its Gulf Edition in Bahrain as a follower of it in all forms of policy, nature of news and culture of views innovating a new era in the news field. It is a long time dream came true and for Madhyamam spearheading campaign against aggressive journalism and bringing healthy reading back home for over a decade for the Malayalees in this peninsula. We term it a ‘Small step’, but others describe it a ‘quantum jump’. The Gulf Madhyamam is now known as " The early bird in the news world".

In fact, the readers and subscribers in this peninsula made this dream come true. They have enlisted Gulf Madhyamam Daily as an essential part of their life. It is added to their pace and peace. That is why and how in a short period of ten years of launch, a remarkably wide readership of two millions in Middle East attained. It is the real fact which is attested by the international readership survey organizations.

We keep probing to find what our readers want. Impartial reporting and presentation of news, analysis with wider outlook, and a non compromising attitude towards truth, justice and equality are the hall marks of our journalism